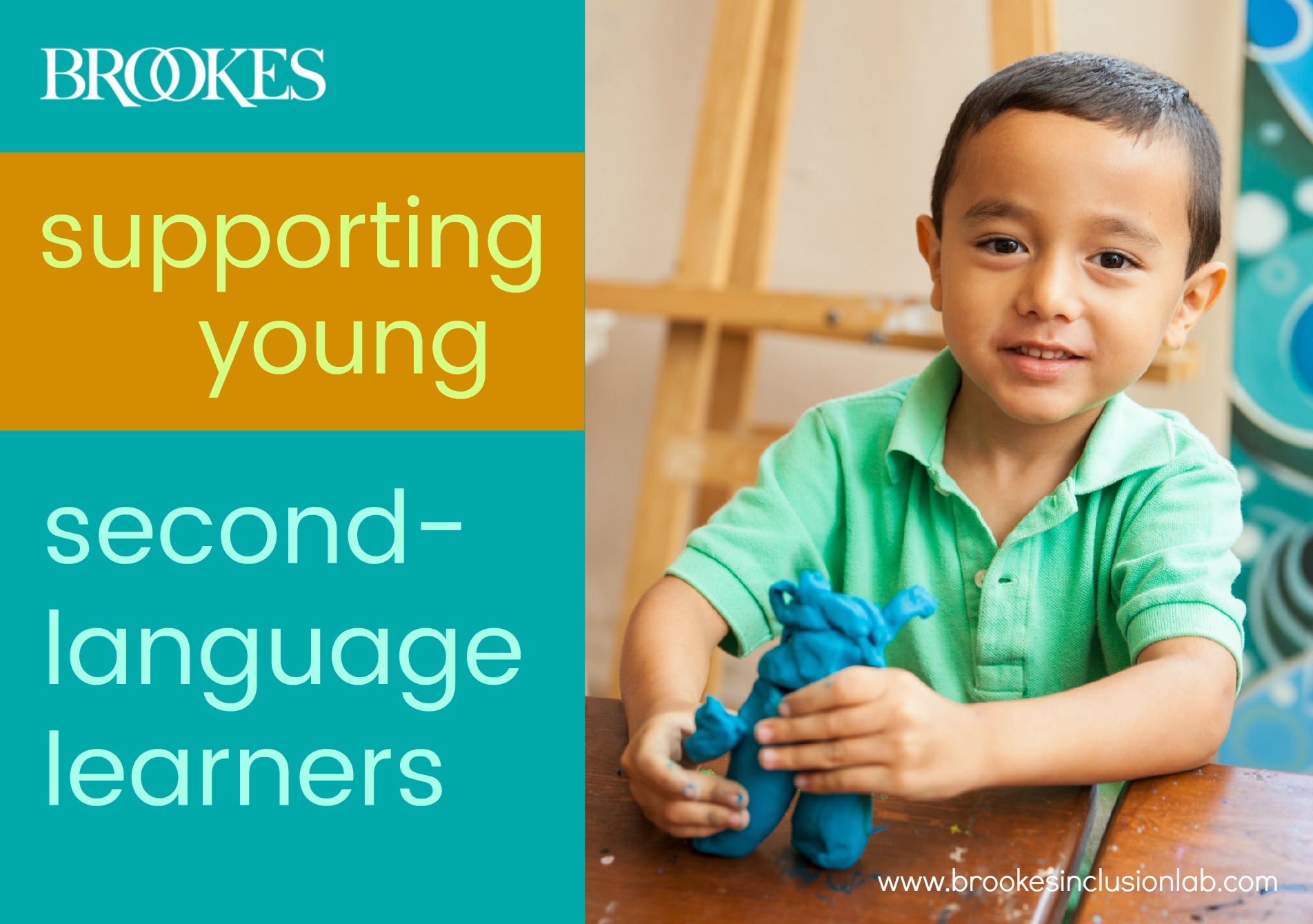 If you’re like most early childhood educators, you’ll be teaching some young children who are second-language learners this year. How can you support them in learning English while respecting and nurturing their home language? Today’s post has some tips and examples for you, excerpted and adapted from Patton Tabors’ bestselling book, One Child, Two Languages. Read on for 8 helpful guidelines on communicating effectively with young second-language learners as they begin to understand and use English.

Begin with the basics

Before the school year starts, ask parents of children whose home language is not English to provide a few important words in their home language, so you can do some basic communicating with the children in their first few weeks in the classroom. Not only is this a practical strategy, it also communicates to parents that you value their home language and are open to finding out more about it.

You might want to start with essential words such as listen, bathroom, and eat. Consider asking parents to record the words so you can listen to them and practice saying them accurately. These recordings can be played for the whole classroom so all students can learn words in another language. (You could also ask the parents to record a comforting message from home that in case their child has separation difficulties.)

Give second-language learners time to become familiar with your classroom before you approach them with questions or directives in English. Second-language learners need an adjustment period when immersed in a new cultural and linguistic setting. Start the year by using talk that is generally appropriate for young children when addressing all learners. For second-language learners, this early exposure to language will help them tune in to the sounds of the new language, even if they don’t understand everything you’re saying.

After an adjustment period, you can simplify your language further as you begin to help the second-language learners understand English. As Tabors points out, this is similar to “how adults in American culture speak to infants as though infants can comprehend sophisticated speech until the infants are old enough to actually start acquiring receptive abilities, at which time adults begin to simplify their speech to get their messages across.”

When you begin the process of communicating with second-language learners, try “doubling the message”: that is, use words along with some type of gesture, action, or directed gaze. Tabors provides this brief example as an illustration, with the helpful gestures and words underlined:

One morning, two Japanese sisters, Kumiko and Kaori, arrived with a paper bag full of vegetables. They approached Rosa, who pointed to the bag and asked, “What’s in there?” Kumiko opened the bag and showed Rosa what was inside. Rosa said, “How about feeding Ponytails [the guinea pig]?” She walked to the guinea pig cage, gesturing for the sisters to follow.

At the guinea pig cage, Kumiko began taking the vegetables out of the bag and handing them to Kaori to put in the cage. Rosa named each vegetable as it was put in the cage, “Another carrot, and lettuce.”

Tabors calls this technique “buttressing communication,” because the additional information adds another dimension that helps the child understand the message.

As a teacher, you should always be responsive to communicative efforts made by the second-language learners, even if the message isn’t understandable to you. For example, if a child at the drawing table shows you a project they’re working on and says something you can’t understand, reply to the child anyway: “Oh, are you making that?”

Saying the same thing more than once is a powerful way to help second-language learners learn new words and understand their meaning. For example, if children are tracing and cutting out hands at the drawing table, you might call attention to the word “hand” several times when talking to second-language learners: “See how she did her hand? That’s her right hand. Do you want to trace your hand, too? Are you going to cut out your hand?” Try emphasizing the words as you say them and put them near the end of sentences for better comprehension.

Talk about the here and now

When your talk is grounded in what’s happening right now or what objects are right in front of you, it helps second-language learners “narrow the field” of what the conversation is about, and choose from response options. (It may also make it easier for you to understand what the child is referring to.) Tabors shares this example:

One day, outside on the playground, I was sitting on a large rubber tire when Poram came to sit down next to me. Quickly, Poram discovered that the tire had writing all around it (“Firestone” and so forth). She and I started to name the letters and numbers. Poram had little difficulty with any of the letters, except the ones that were upside down, because of where we were sitting on the tire. Noticing that there was a problem, Poram gestured to me that the letters were in a strange position. I told her ‘‘upside down,’’ and she repeated it. The next time she had the same problem, she said, ‘‘Upside down.’’ She also stumbled over the number 8. After I told her what it was, Poram was able to identify it correctly later.

When children have begun to develop their capabilities with a new language, use communicative opportunities as ways to help them expand and extend language skills. Start with what the child already knows and work from there. If a child makes a comment, use that as a starting point and respond with more comments and questions that extend linguistic knowledge. Tabors illustrates this principle in action:

One morning when I sat down at a table where children were working with playdough, Sook-whan held up a round piece of playdough to me and said, ‘‘Cookie.’’ I replied, ‘‘Is this a chocolate-chip cookie? May I eat it?’’ Sook-whan nodded, and I pretended to eat the cookie. I then told Sook-whan, ‘‘That’s a good cookie.’’ Later, Sook-whan held up a cube-shaped piece of playdough and said, ‘‘Chocolate.’’ We followed the same procedure as before as I pretended to eat the piece of chocolate and commented on how good it was.

When you’re communicating with second-language learners, it’s sometime hard to estimate what level of proficiency they’ve reached and how much they understand. You may have to fine-tune your questions and comments if a child doesn’t grasp your message the first time. Tabors gives an example:

After lunch one day in early November, I found Leandro alone in the block area looking at a book. He had a pair of plastic glasses with him that he had been wearing off and on all day. I picked them up and said, ‘‘I like your glasses. Are they yours or do they belong here at school?’’ This complicated question did not get a reply. Then I said, ‘‘Do these come from school?’’ and Leandro shook his head and said, ‘‘House.’’ Then I said, ‘‘Are they from Halloween?’’ And he said, ‘‘Yes.’’ Slightly later, Leandro spotted a piece of candy in my pocket. He asked, ‘‘What’s this?’’ I replied, ‘‘Candy,’’ and he repeated, ‘‘Candy.’’ I said, ‘‘Sally gave it to me.’’ He said, ‘‘Halloween?’’ I answered, ‘‘Yes.’’

By realizing that her first question might be too complicated and fine-tuning it, Tabors helped Leandro understand what she was asking. And by taking a chance that he would know the term Halloween, she helped him extend the conversation—he ended up using the term to ask her a question, too!

We’ve presented these communication strategies individually in this post, but as Tabors points out, these techniques are frequently combined in the real world until teachers figure out “what works” in each situation with each individual child. Try these strategies in your classroom this year, and let us know what worked for you!

8 Quotes on Teaching Students with Dyslexia 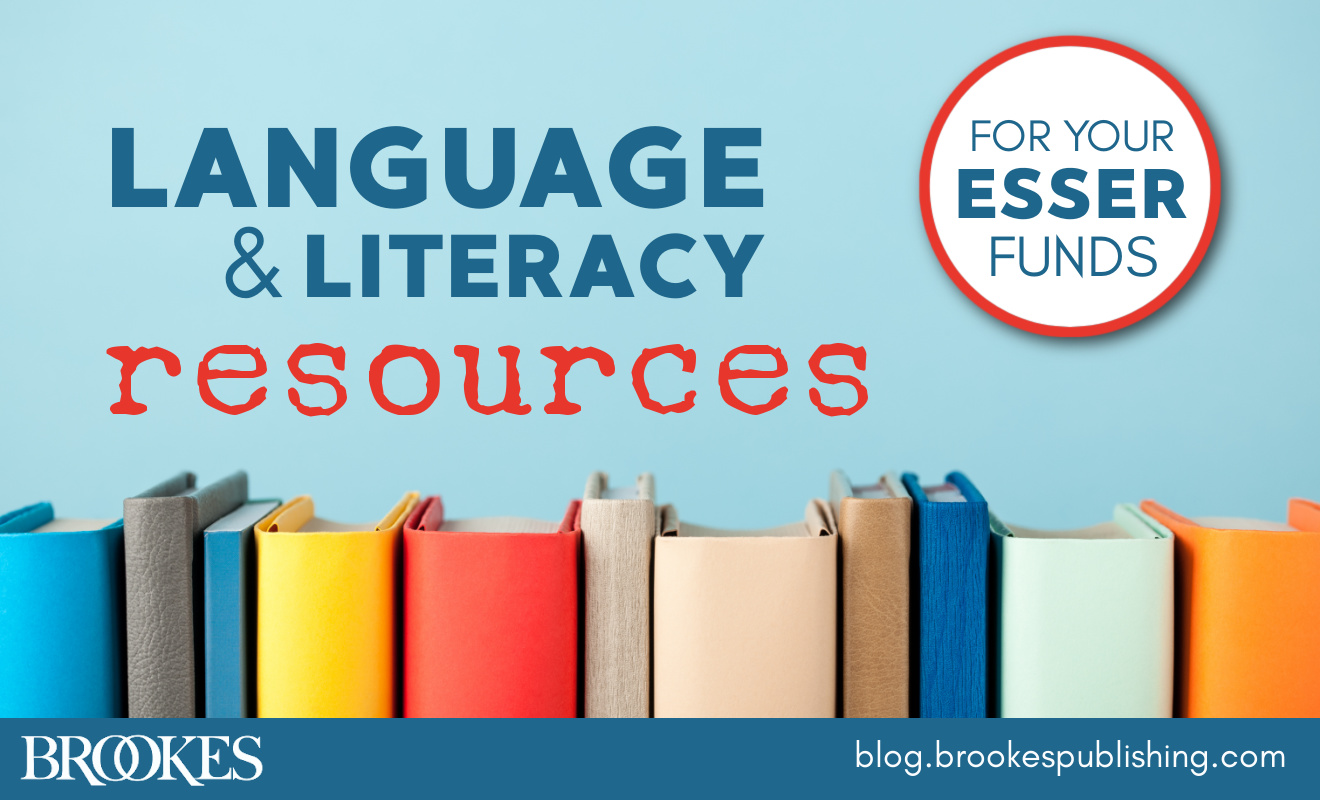 15 Recommended Resources for Getting Language and Literacy Skills On Track 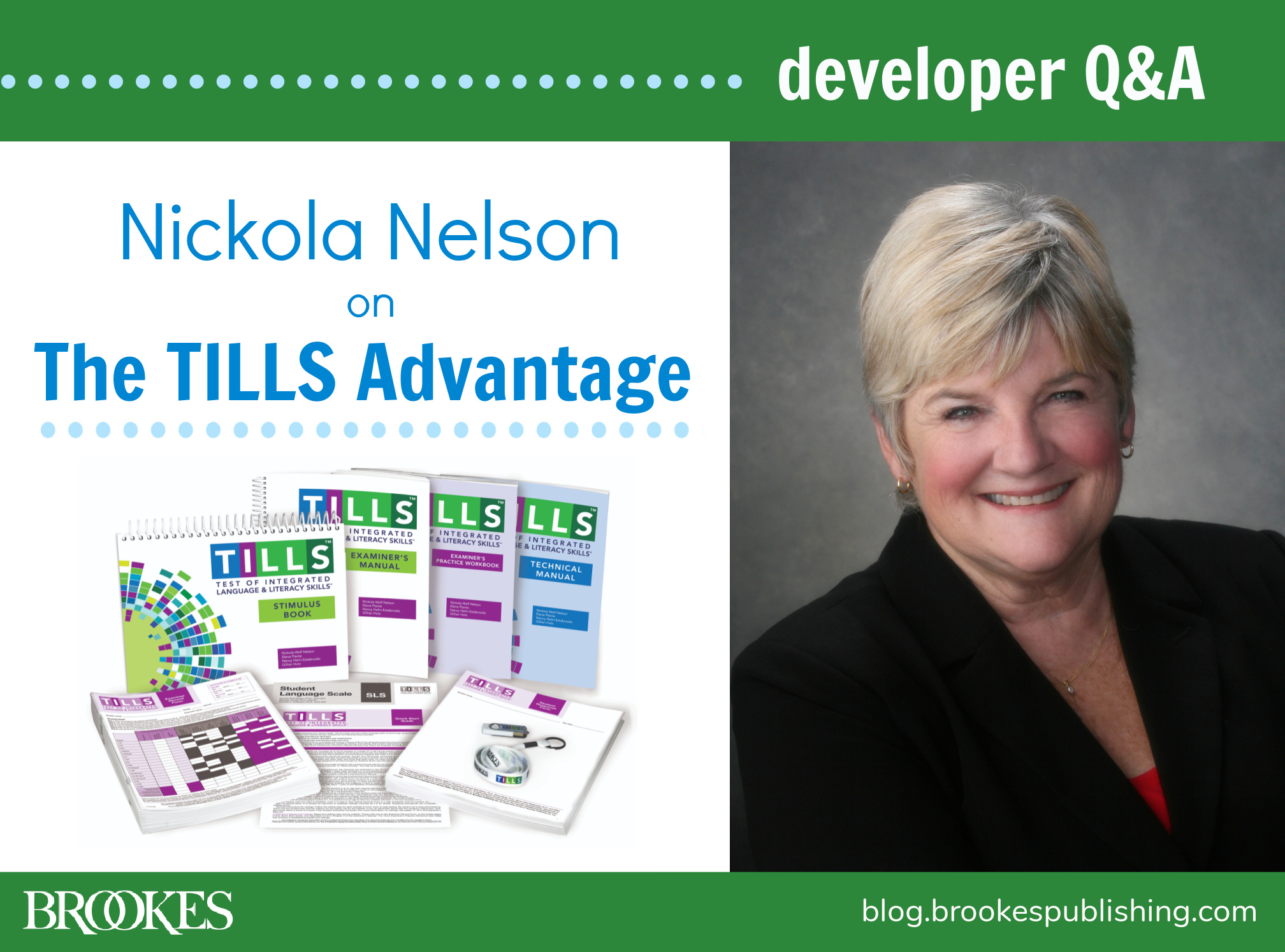 Awesome tips for people who want to start learning foreign languages. I will definitely use your tips to become much more productive in this. I hope that you will continue sharing your experience in this field.