“Remove every obstacle as it comes”: An inclusion success story 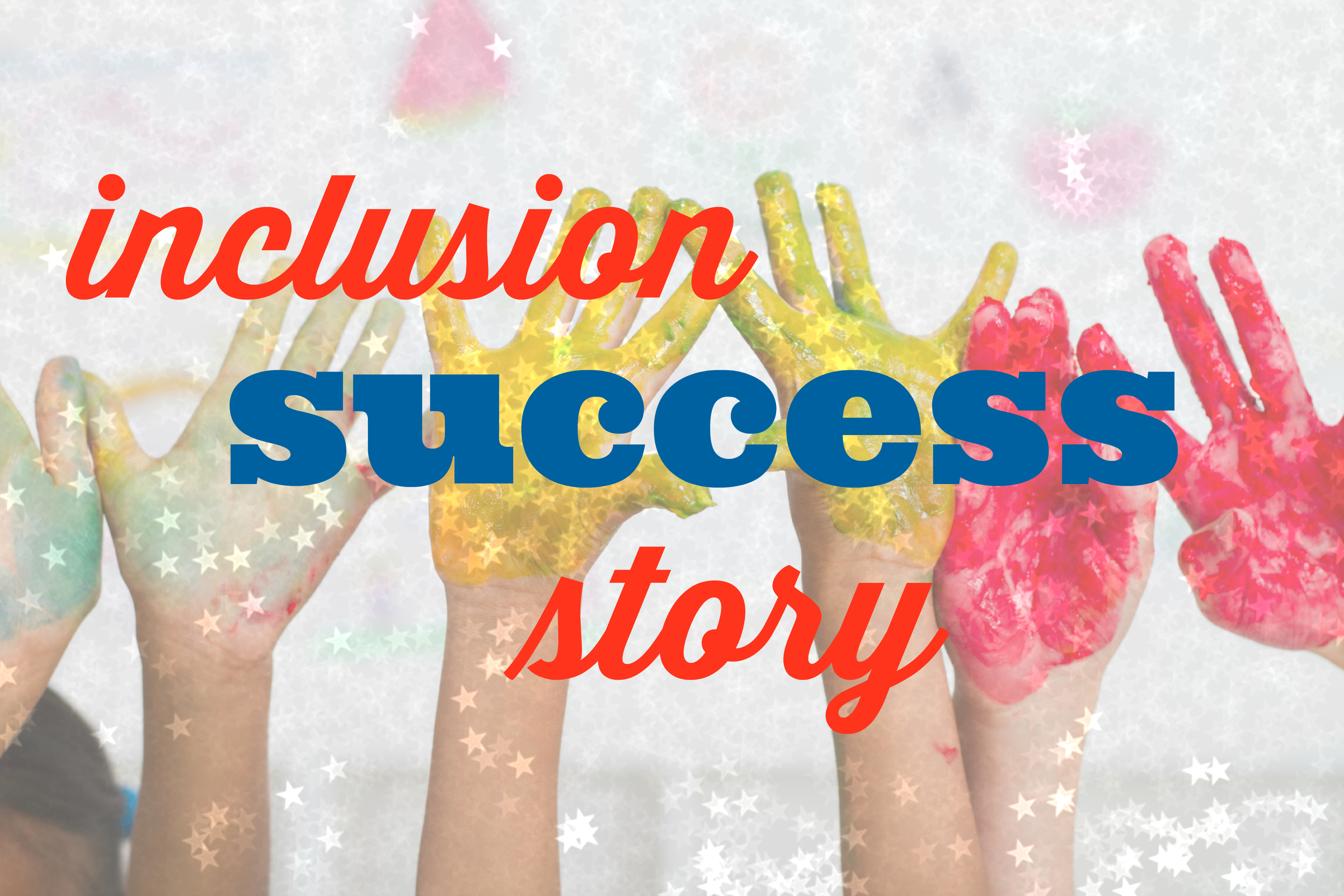 We love the philosophy of inclusive education–but we love it even better when we see it in action. Success stories are one of the best ways to convince skeptics that inclusion works, and that’s why the Inclusion Lab features the triumphs of real-life families and teachers whenever we can.

Last month I heard from Jennifer Miller, mom of a son with autism, who related the details of their inclusion journey. I’m excited to share their story today. (If you have an inclusion success story of your own, just hit the “Submit a Story” tab at the top of this page and tell us a little about your experience–if we choose your story to feature, we’ll send you a mini-library of inclusion books from Brookes!)

Here’s Jennifer’s story about her son’s path to inclusion:

Behaviors. They always seemed to prevent my son from being with his peers.

My son had aggressive outbursts, especially if he was anxious, overwhelmed, or having communication difficulties expressing his wants and needs. They would entail hitting, biting, kicking, and screaming. In kindergarten he was placed in regular ed and his behaviors spiked, so at the IEP meeting a structured teach program for children with behavior challenges and disabilities was presented as an option. Because his school did not have adequate supports for his behaviors, he was placed in this structured teach program in first grade. It wasn’t the kind specifically for autism. It was the “lump all these kids together” kind.

He was my second child but the first one with a disability, and I had no idea what was right or wrong for him at the time. I soon realized I needed to listen to my own instincts and what I truly believed was the best for my child.

I started removing obstacles, whittling away at the school’s programs (sometimes it may have been more like using a machete). One of the first things I asked was how easy would it be to remove him from the structured behavior program. It was not as simple as an IEP meeting like they said. Our district kept saying that he needed a lot of support that they didn’t have in a regular ed class. They also would never give us all the options, just the ones they wanted to present. I talked to some teachers and staff who worked for the district and were willing to share other parents’ experiences, and these conversations led me to believe that inclusion could be done, but the district was not willing to do it.

I kept asking. I kept repeating the laws of least restrictive environment (LRE). He had a bad three years from third through fifth grade–at one point the district was telling us they couldn’t serve his needs anymore because of his aggressive behavior. It really paid to have the teacher on my side and the data to back up our claims of him having more good days than bad. (The teacher gave me the data sheets where they collected behavior scores every 15 minutes of the day.) Eventually they backed down from alternative placement and we finished fifth grade. (We also used a state advocacy group and a navigator, but they did not provide the help we were looking for.)

I asked for all the options for the transition to sixth grade. We checked them all out and decided on a cluster program for kids who have a disability and need significant support in the classroom. That meant my son would be in a cluster classroom for core classes and then would go out of that classroom for art, music, PE, etc.

After this decision, we had a setback. The district said they made a mistake and we could not attend the school we had chosen because it was out of our home attendance school area. They told us we would have to attend a school (cluster site) that was at least an hour bus ride from our home. We refused. I asked that my son be sent to his home attendance school, and they said they did not have the supports for him at that school because he was “identified” as needing the supports of a cluster program. This was supposedly because of his disability. I then pulled him from the district to homeschool him.

After six months of homeschooling, I talked to the principal of his home attendance school. (I wanted to homeschool longer but I was really worried about the social piece.) I asked the principal if they had any children with autism who were homeschooled half days and attended school the other half. He said yes to both. So I reenrolled him in the school district and started with one class, art. We gradually worked up to adding more and more classes.

At school, my son’s behaviors started to decrease because he saw other kids not acting out–in the previous programs he saw a lot of negative behaviors to model. He was able to see that there was so much to learn and so many wonderful people to meet. He went from anger to excitement. Engaging in classroom discussions, working in small groups with his peers, and being accepted for his differences. Due to his increased maturity and helpful prompts like “look around, do you see anyone else doing that?,” he was able to model appropriate behavior. In ninth grade, his freshman year, he was able to attend his high school for full days with few outbursts. (Best moment ever: when your child talks about Romeo and Juliet from what he learned in an inclusive classroom.)

The biggest thing that helped us succeed is that we were a pain to the school district: always challenging their thinking, asking questions, and pushing until they saw it our way and that our son was capable of trying. Remove every obstacle as it comes and remember that parents know what is best for their child–so never give up on that.

Today my son is a junior in high school, asking questions about the world, attending football games with friends, and thinking about the future. That last one validates all the hard work and proves that every child needs to be valued and deserves the same opportunities and experiences.

Here’s a video Jennifer’s son created on his own–he learned how to add the music from his AV class.

Thanks to Jennifer for sharing this story! Love seeing proof of the amazing things that happen when schools welcome, value, and include every student. (And what a testament to the power of parents to create change where they see injustice. Persistence does pay off.)

Do you have an inclusion success story like this one? Add it in the comments below, or submit your story to the Brookes Inclusion Lab!