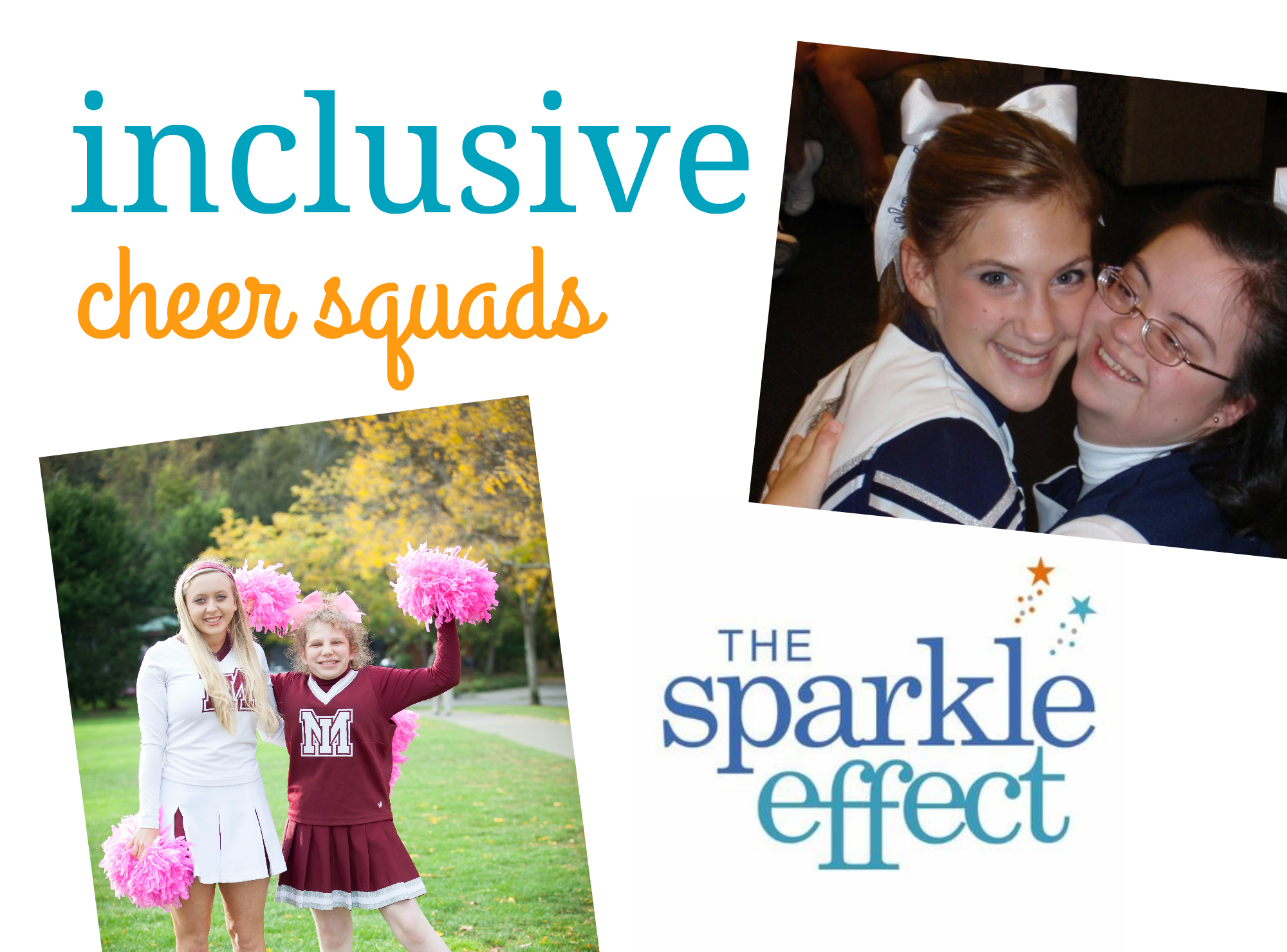 Inclusion with a “Sparkle Effect”: Q&A with Linda Mullen

This week, we’ve been talking about promoting inclusion of all students during noninstructional times, such as lunch, recess, and extracurricular activities. On Tuesday, you got 10 practical tips from the authors of some of our most popular resources on inclusive education. And today I’m thrilled to welcome the executive director of a terrific organization that helps make inclusive cheer squads and dance teams a reality in high schools across the country.

Linda Mullen has been with The Sparkle Effect right from its start in 2008. She’s here today to talk about how the first Sparkle Effect team got started, how the organization works, and what kind of difference it’s made in the lives of students with and without disabilities.

Q1: Hi Linda, and thanks for being here! So your Sparkle Effect story started with the formation of the Spartan Sparkles at Pleasant Valley High School in Iowa. Can you tell us a little about how that got off the ground, and who was the driving force (parents, educators, self-advocates)?

Believe it or not, the Varsity cheerleaders were the driving force behind the original Sparkles team. The Pleasant Valley cheer team has a long history of community service and two of the original Sparkles’ peer mentors have siblings with disabilities. In the first year, five students signed on to run the Sparkles program. Together, they recruited participants, planned practices, and took on the challenge of convincing wary coaches and administrators to support the creation of the team.

That first team began practicing in the high school cafeteria in the summer of 2008. The team thrived in the safe, sheltered environment of the school’s cafeteria. We were a bit worried, however, about how the student body might react during the team’s debut at the first home football game. Like most high schools, Pleasant Valley has a “front line” of seniors known for being particularly rowdy, and we weren’t sure how they would respond to the new group.

As it turned out, our fears were completely unfounded. As the inclusive team took the field, the entire student section stood up and began chanting, “Let’s Go Sparkles, Let’s Go!” When the team finished performing, the entire fanbase began to cheer. At that moment, we realized that this unprecedented and unlikely squad was going to change Pleasant Valley High School forever.

Fast-forward seven years and fourteen seasons: the Spartan Sparkles team has doubled in size and continues to cheer with the varsity cheerleaders at home football and basketball games to roaring crowds and standing ovations! The team is still youth-led, youth-staffed, and youth-driven, and is fully integrated into the high school sports program.

Q2: When a school contacts you for help with beginning their own inclusive cheer squad or dance team, what happens next? Can you walk us through the basic process?

A: You bet! The Sparkle Effect takes a highly personal approach to the creation of new teams. As soon as a school contacts us, we arrange for the first of many phone calls. During that first call, we explain our goals: to generate, outfit, train, and — most importantly — sustain inclusive school-based cheer and dance teams.

Here’s the basic process. First, we provide intensive and personalized mentoring as our teams are forming. Our experienced and engaged staff members work with students, coaches, and school administrators to ensure that teams are structured for success and sustainability.

Second, we provide customized, hands-on support through our free on-site training program. Our trainings allow our staff to guide, inform, and encourage our teen leaders as their teams are getting started. The trainings help to establish best practices and ensure sustainability while also providing students with the confidence, sense of responsibility, and motivation necessary to achieve the highest level of success. 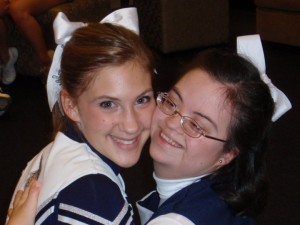 Third, The Sparkle Effect outfits each of our teams with new uniforms. We have partnered with Varsity Spirit Fashion, the worldwide leader in cheer and dance apparel. Varsity matches our uniform grants dollar for dollar, allowing us to double our impact. Our inclusive teams report that their new uniforms prove to be transformative. They send the message to the entire school and community: we are all one team. In addition, the free uniforms help students convince wary school administrators that the lack of school-based funding need not be an insurmountable hurdle to starting a Sparkle Effect team.

Finally, we work to sustain our teams by engaging in consistent follow-up, ongoing mentoring, and annual refresher trainings.

Q3: Could you share a specific inclusion success story that really resonated with you–an example you’d use to convince someone skeptical of inclusion?

A: When we first met one of the members of the original Sparkles team, Korryn, she was painfully shy. She struggled to make it through an entire practice and routinely stared at the floor when spoken to by her peers. At first, we worried she might struggle to connect with teammates and to perform on game night. Boy, were we wrong. When Korryn put on that cheerleading uniform, walked onto the gymnasium floor to cheer at her first basketball game, and heard the audience cheering, she beamed. We had clearly underestimated Korryn. Once she connected with her teammates and with the greater student body, she quickly became a natural leader.

Five years later, as one of the most experienced cheerleaders on the team, Korryn is convinced that she can do anything. Her grades have improved and she has joined the high school choir. Korryn loves to perform, whether it be at a high school sporting event, a district-wide choral festival, or in front of a live studio audience on Oprah. It’s impossible not to recognize the positive impact that Korryn has on her peers. “Korryn always sees the good in people,” says her sister Paige. “She doesn’t just promote inclusion, she lives it.”

Q4: In your opinion, what are the most common hurdles to implementing inclusive practices and activities in a school? What attitudes and actions could help schools overcome those hurdles? 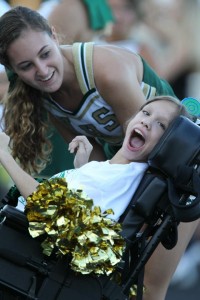 A: Although over five million students with disabilities attend the public school system in the United States, most high school sports programs are not designed to accommodate students with disabilities. As a result, those students are excluded from high school sports and the critical social opportunities they offer. We believe that the idea of belonging — of being an accepted part of a high school community — shouldn’t be considered a privilege available to only some students. It should be considered a basic human right. After all, a school is more than just a place. A school is an embodiment of the value system of those who occupy it. That value system (often unspoken) sows the seeds of a school’s collective consciousness. A school that only tolerates, rather than includes, its students with disabilities misses the mark. Tolerance connotes the begrudging acceptance of something unpalatable. By contrast, inclusion demonstrates the belief that when we open our minds and our hearts to all people, everyone benefits. In other words, diversity addresses only the mix; inclusion makes the mix matter.

In our experience, students are eager to embrace inclusive practices and activities. Sometimes, school administrators are less comfortable with the idea, and they have a difficult time articulating why. For some, they lack the ability to envision how students with and without disabilities can learn and grow together. We believe that this lack of vision results from misguided perceptions about limitations of students both with and without disabilities. Too often, students with disabilities are seen as incompetent while neurotypical students are viewed as self-absorbed and callous. Of course, we know that these stereotypes grossly underestimate both groups.

Q5: What’s next for The Sparkle Effect? Are you planning to expand your efforts in the years to come?

A: The Sparkle Effect will continue to generate and outfit teams from coast to coast! We are enjoying tremendous momentum. To date, we have generated and supported 153 teams in 26 states. These teams directly involve over 3,000 students, both male and female, with a wide range of abilities. The creation of an inclusive team positively impacts a school’s entire student body. This means that over 250,000 students nationwide are already experiencing the benefits of seeing social inclusion in action. In fact, Sparkle Effect teams raise the spirit not just of a school, but of an entire community. The teams that have started in towns big and small across America are potentially impacting a total population of over 12 million! We know that the magic of The Sparkle Effect can easily reach into virtually every high school in the country. When it does, game night in America will never be the same.

Q6: What do you hope will have happened twenty years from now in terms of inclusion? Could you give some examples of things that have already changed–and what you’d like to see change in the future, in schools and in society at large? 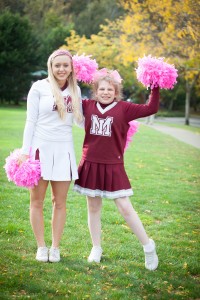 A: We have seen tremendous changes as a result of Sparkle Effect teams. Parents of students with disabilities report that their student’s participation on a Sparkle Effect team results in better school attendance and higher grades. Our participants with disabilities are also more likely to eventually join additional school-based extracurricular clubs, like drama, newspaper, chorus, and band. Why? Because inclusion is not so much an activity as it is a way of thinking.

Our teams help to address one of the most pressing issues for students with disabilities: the sense that they are undervalued and invisible. By giving students opportunities to break down social barriers, we create harmony among classmates and foster a culture that celebrates all abilities.

When we started The Sparkle Effect, we believed that inclusive cheerleading squads would give students with and without disabilities a chance to prove themselves. We didn’t realize then that those teams would simultaneously give entire school districts and surrounding communities a chance to prove themselves — to show the world what they are made of and what they value.

Having said that, we live for the day when The Sparkle Effect is no longer needed because socially inclusive programming in schools is commonplace and expected. We certainly intend for The Sparkle Effect to lead the charge until inclusion becomes the norm for all school sports and activities. Until that time, we will continue to empower others, to form and facilitate an army of compassionate teen leaders, and to help Americans learn to value connection over perfection. 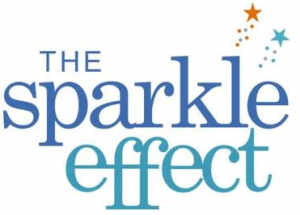 Huge thanks to Linda for being here today and sharing the Sparkle Effect story! It’s truly awesome to see organizations like these ensuring that inclusion doesn’t stop when the bell rings. To learn more about the Sparkle Effect and start planning an inclusive cheer team or dance squad in your own school, visit their website here. 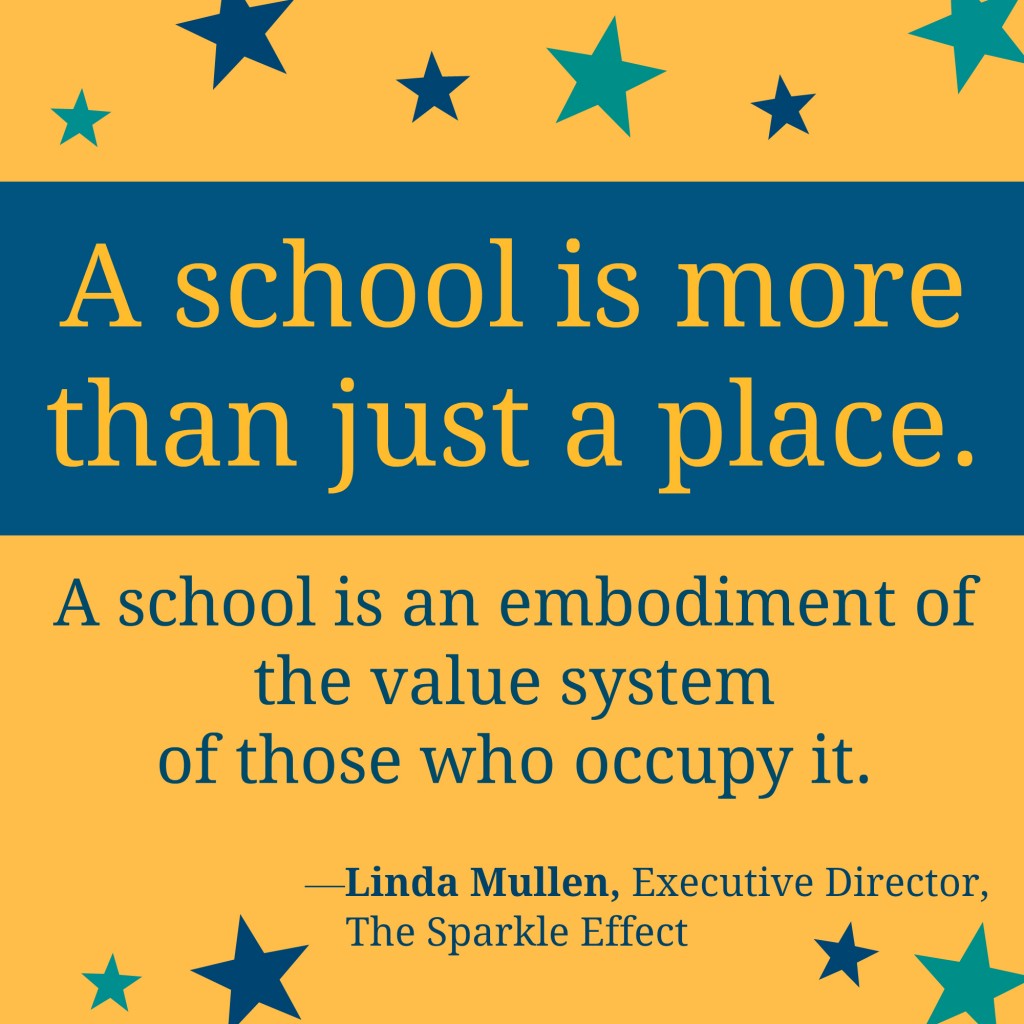 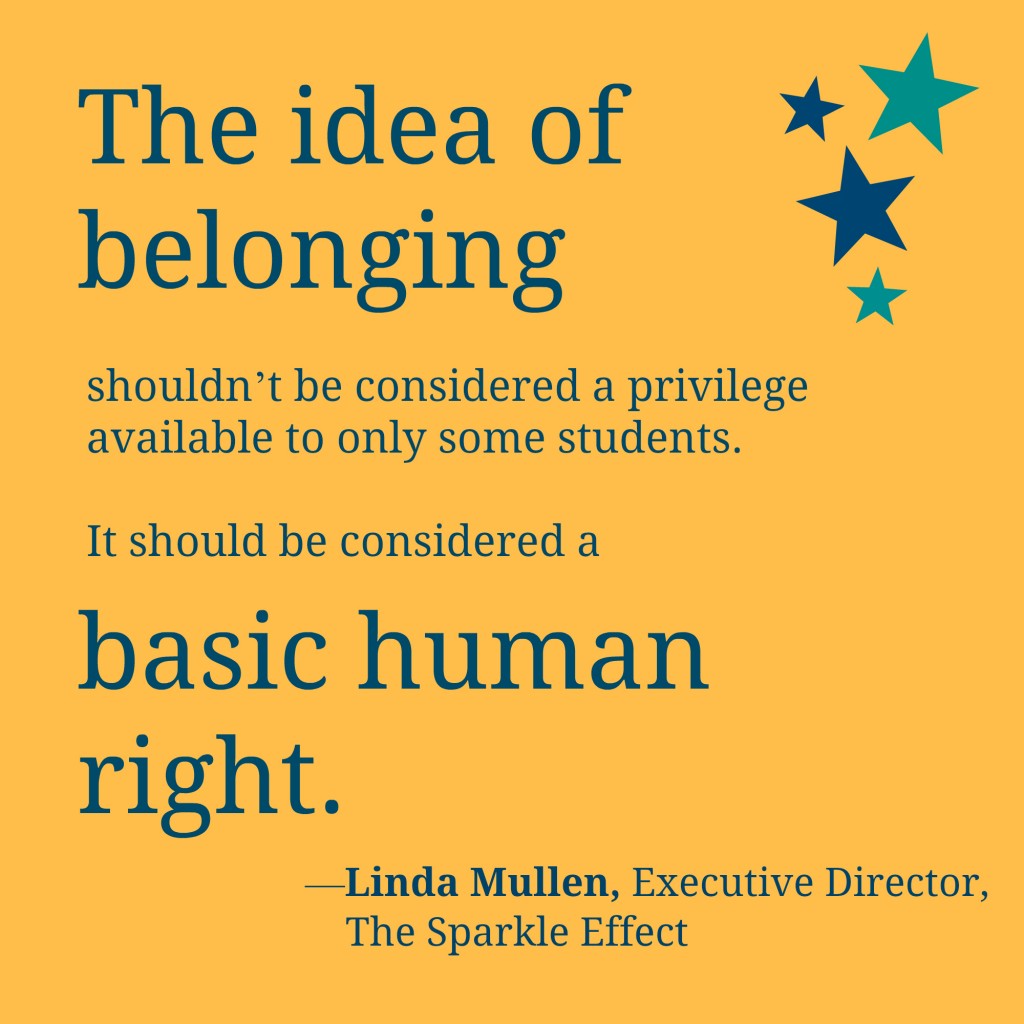