NEW EXCERPT! A Short Story Every Inclusive Educator Should Read 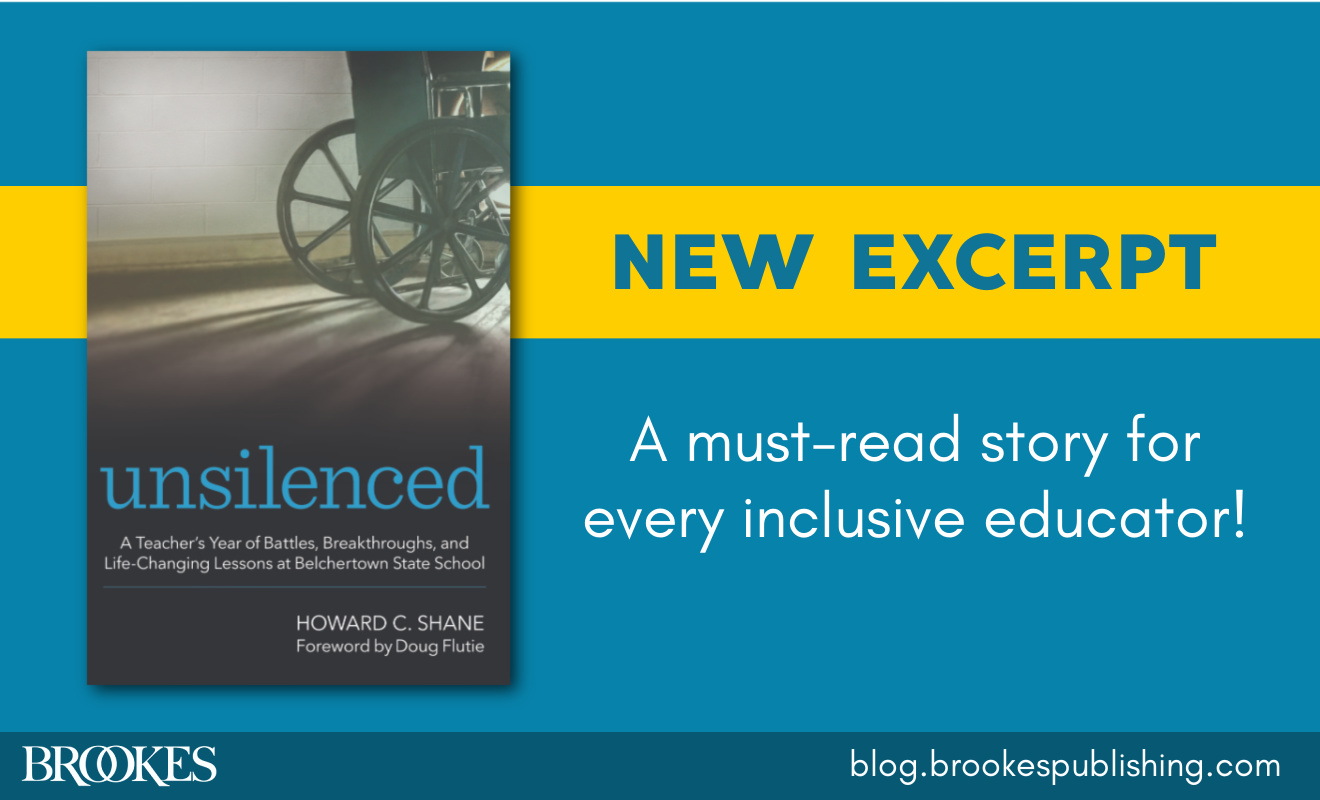 As you navigate the challenges of meeting the needs of diverse learners in an inclusive classroom, here’s a great story to keep with you for inspiration.

Today, Dr. Howard Shane is a renowned expert on communication disorders—but back in 1969, he was a fresh-out-of-college smart-aleck navigating his first teaching job at the bleak Belchertown State School. His students represented a broad range of ages and disabilities. Many had not had formal education. Some could not communicate in conventional ways. And although Howard lacked experience and resources, he—like you—recognized the potential in each of his students and differentiated instruction to tap into their strengths. 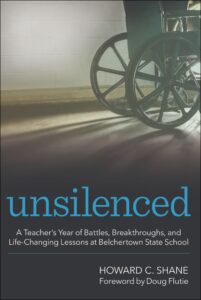 Read this short excerpt from Howard’s memoir Unsilenced for the story of how this young teacher “opened a new corner of the galaxy” for his students with his creative approach to a lesson on the Apollo 11 moon landing. And for more of Howard’s stories, pick up his book, a relatable and truly inspiring read for every educator.

“Does anyone have any more rules to add today, right now?”

I waited and studied the silence while scanning the students’ faces, knowing that a response could come from either spoken words or from facial or body expressions. Expectation would be my new mantra. I expected things from these students, and what would come to make the real difference in their performance was their coming to understand this. For many of them, no one in their lives had ever expected anything from them.

Things were about to change.

I’d selected the Apollo 11 moon landing as my first topic to teach. The moon landing was, of course, a huge event that had occurred only a few months before I landed at Belchertown—another remote and barren part of the galaxy. Not only was the moon landing recent, but it also offered essential ingredients to make a lesson appealing to this diverse group: an exciting story about real people and an observable yet faraway object that had captured the fascination of so many that summer.

Only four of the students—Ron, Ruth, Jack, and Teddy—were aware that the landing had occurred. My students all seemed to listen as I read the first lines of a brief news story about the event and then asked Jack to continue the reading out loud. After this introduction, I began to engage the students in some activities that would capitalize on their curiosity and help reveal their knowledge, understanding, and abilities.

Barbara, I learned, could pick out the color of the moon from a color chart I had brought from a paint store. She was able to trace a circle, and Danny could color it in with a yellow crayon. Ron could indicate with his eyes where I should add a crude rocket drawing. From the photos I brought in, Paula could point to a ladder on the picture of Neil Armstrong descending from Apollo 11, and Wendy could count to three when shown a photo of the three who had made this historic landing. Teddy could pick out associated words I wrote on the board, including “Apollo,” “Armstrong,” and “11,” as well as the phrase, “That’s one small step for a man, one giant leap for mankind.”

As the day progressed, I found myself mentally correcting the school records I had inspected. Carla was most definitely not lazy. Wendy’s speech wasn’t empty or superficial. I did find it hard to understand some of my students—when Paula or Carla asked a question, Teddy or Jack often served as an interpreter—but I quickly adapted and knew my ear for understanding would improve as I became more familiar with the students and their speech patterns. For now, I was just trying my best to engage each student in a way that helped me get to know them better and made them feel included.

Near the end of the day, I assigned what was probably their first homework assignment ever: to look out a window and gaze at the moon.

As three p.m. arrived and the attendants began to appear outside the classroom door, I was filled with a sense of both optimism and dread. I was excited about how much had been done, but I hadn’t completed nearly as much as I had hoped. In my inexperience, I hadn’t anticipated that everything would take twice as long as planned. I was exhausted. On the other hand, there were small victories. I’d learned many things about my students. I’d opened a new corner of the galaxy to them, in some small way.

Howard’s story is a great example of the creativity and determination inclusive educators show—even when they lack the resources, experience, and supports they deserve. You can read much more about the joys and challenges of Howard’s year at Belchertown in Unsilenced, a book that’s required reading for every professional who works with learners with disabilities. While the injustices in this book will shock and anger modern advocates of inclusion, it’s a vital and personal history of how society once viewed disability, and a rousing call to ongoing action toward greater equity. 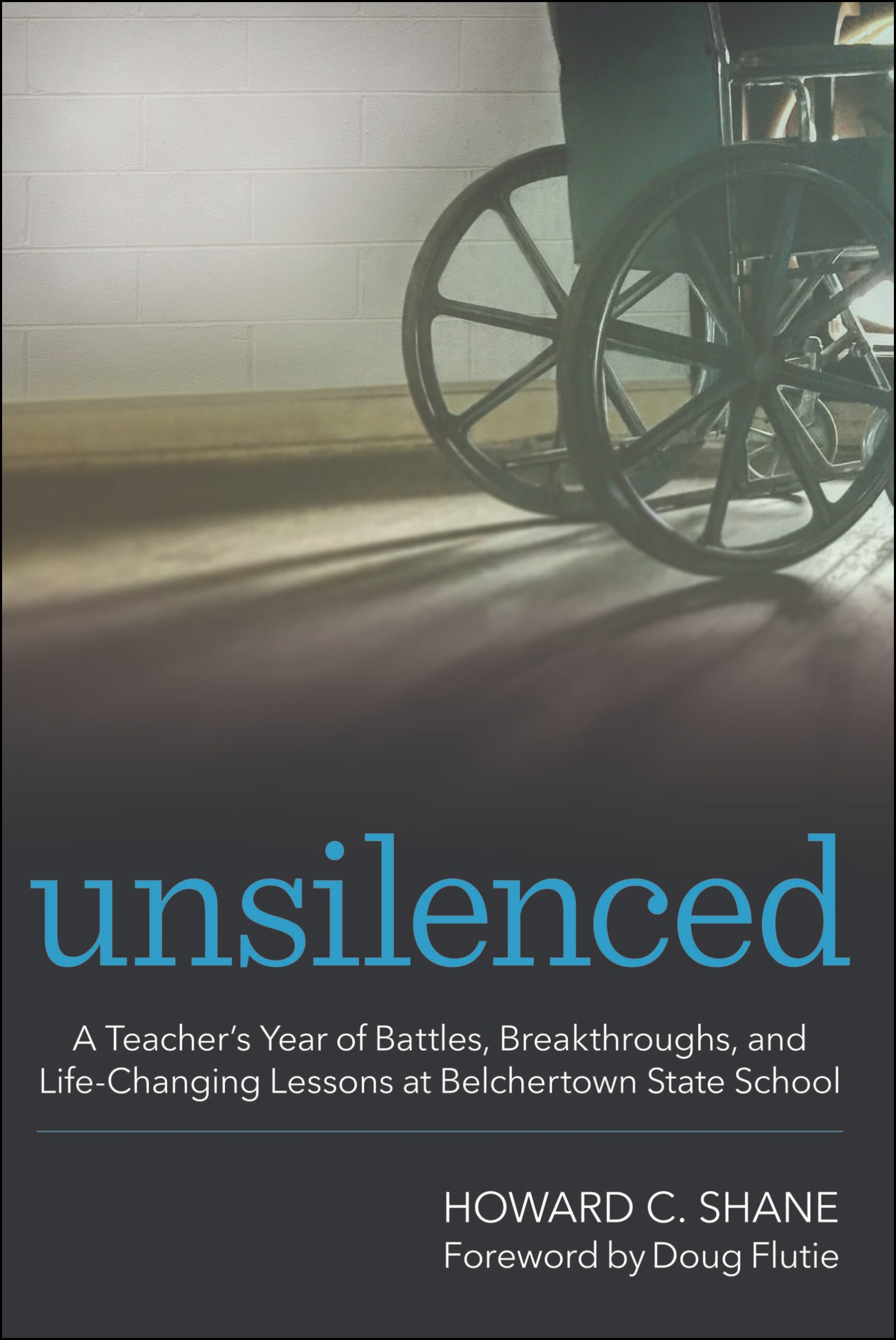 A Teacher’s Year of Battles, Breakthroughs, and Life-Changing Lessons at Belchertown State School

Nicole Eredics, author of Inclusion in Action, calls this book “a jaw-dropping reminder of how far we have come in educating individuals with disabilities and how much further we need to go.” It’s a startlingly candid look at a pivotal era in disability history—and one man’s deeply personal account of how all human beings can flourish when we care for each other and fight for change. 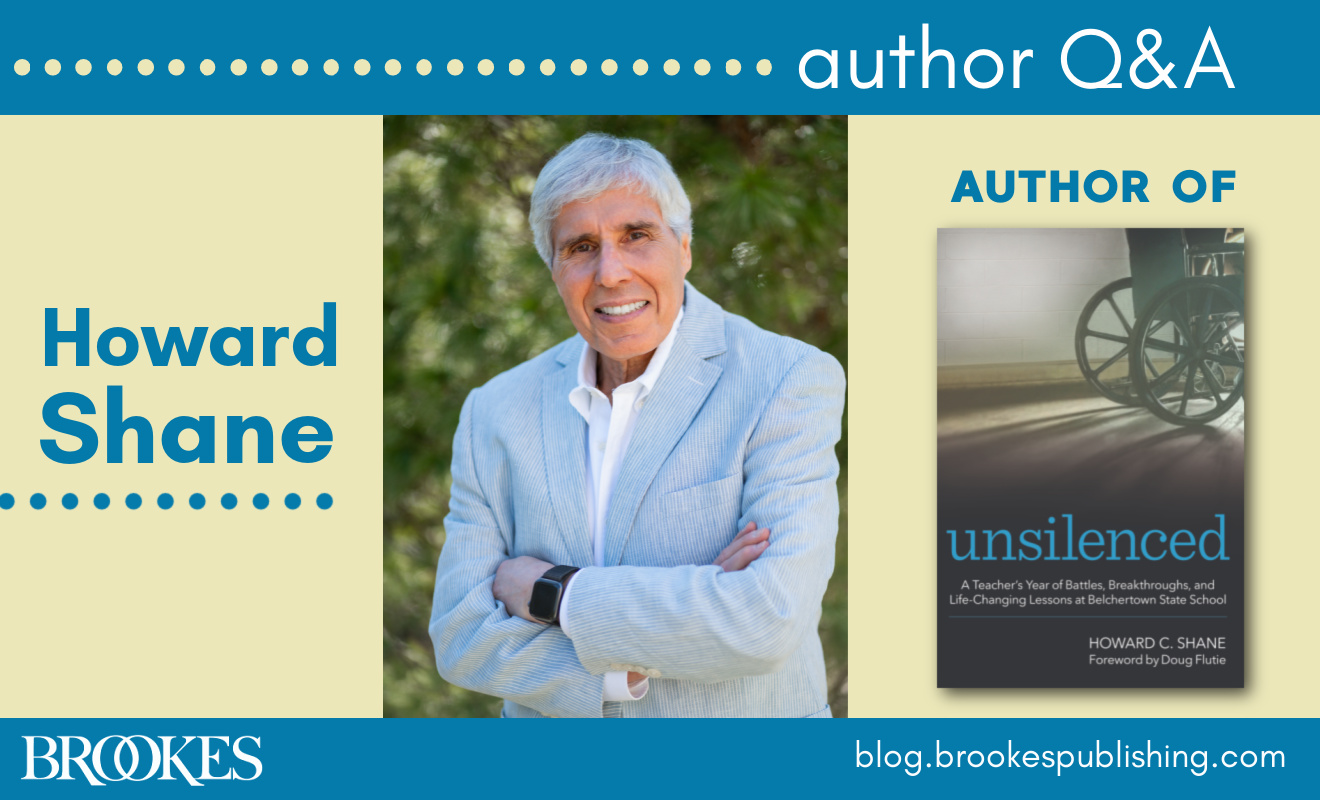 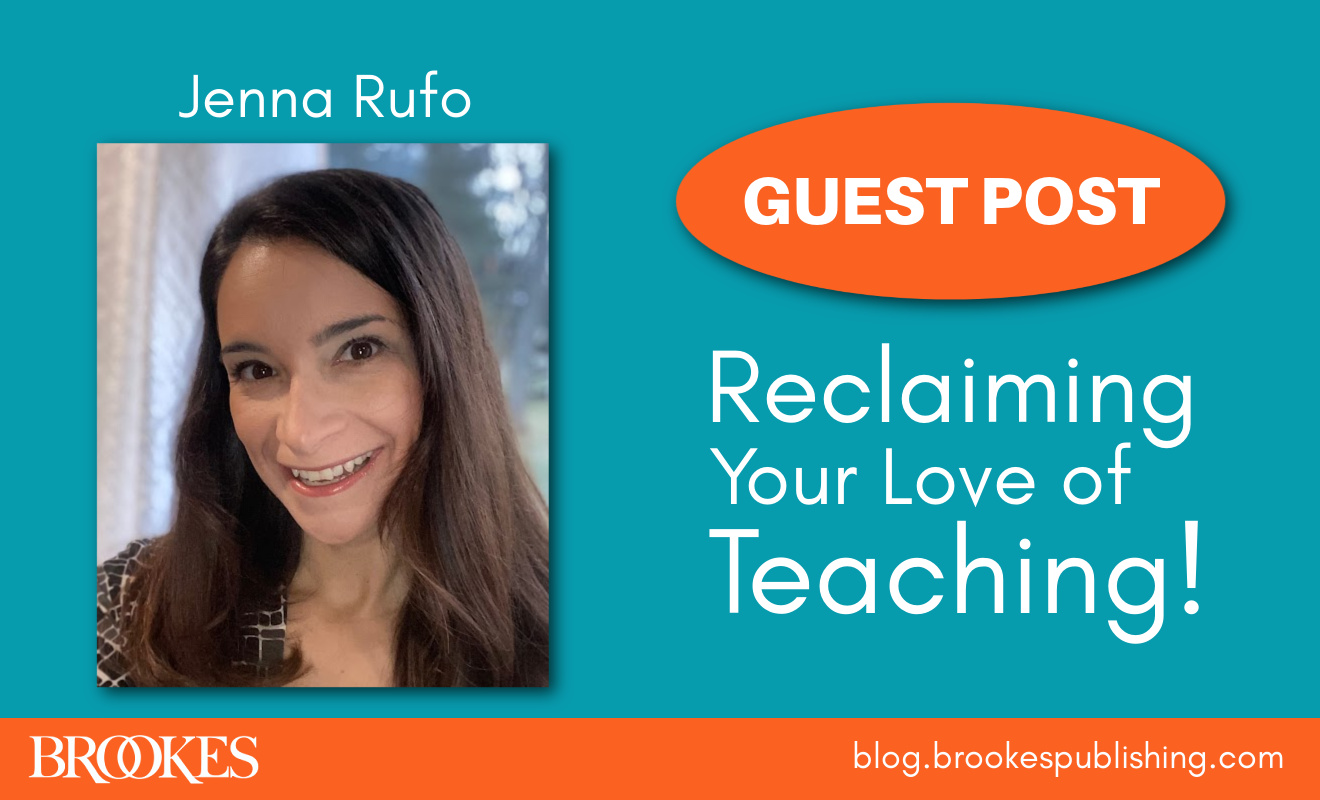 Best Year Ever! Back-to-School Tips on Reclaiming Your Love of Teaching

September 6, 2022
If you’re feeling anxious about the school year ahead and pressured to be the “perfect teacher” for students who have endured a turbulent few years, today’s guest post is a… 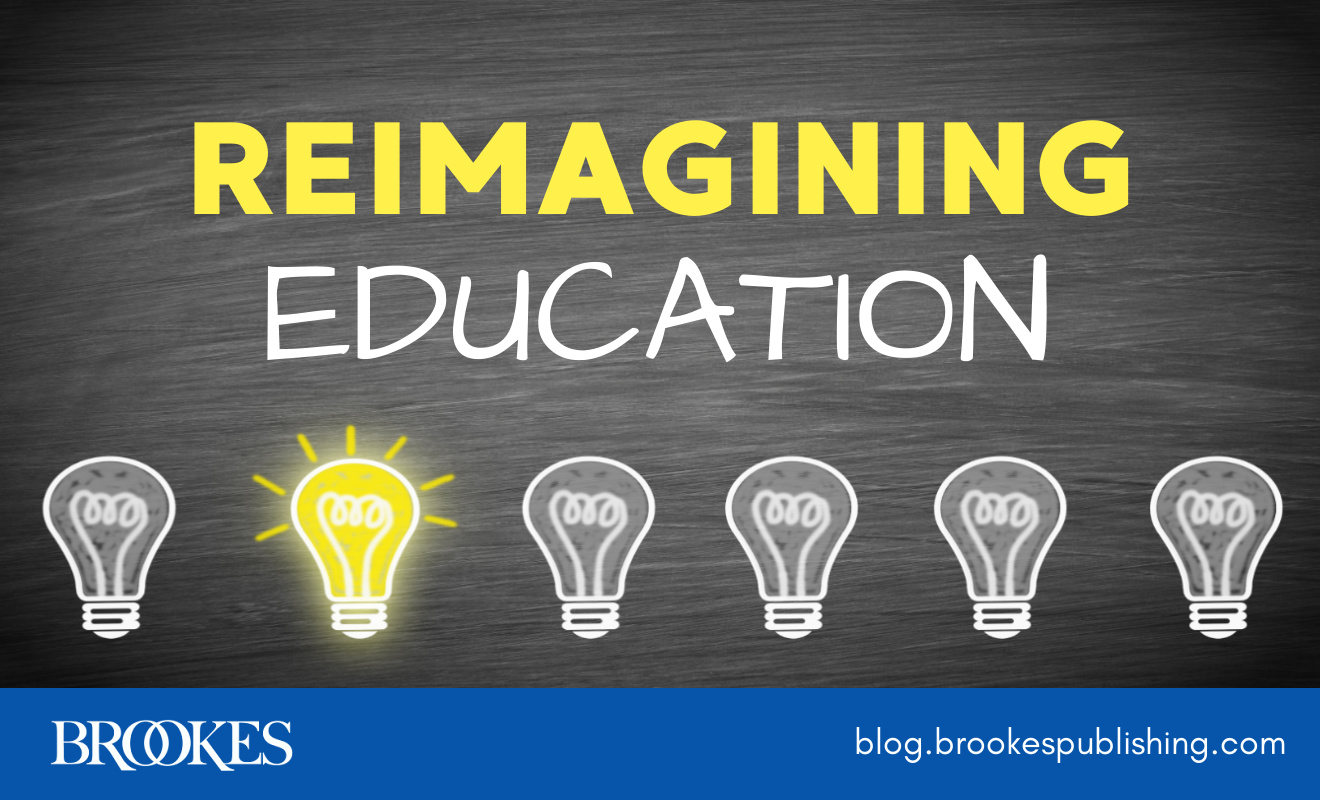 6 Ways to Use Inclusive Practices to Redesign Education